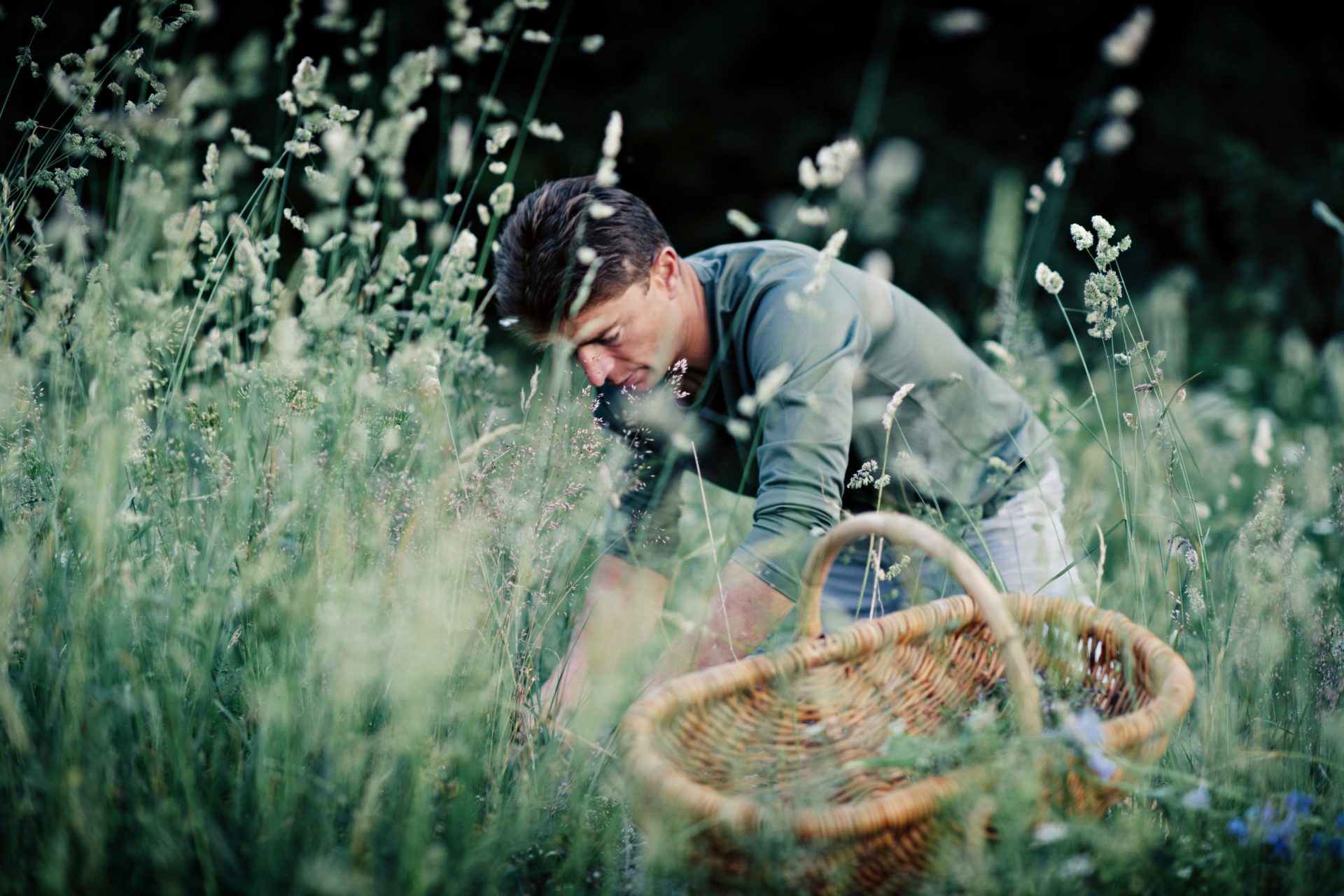 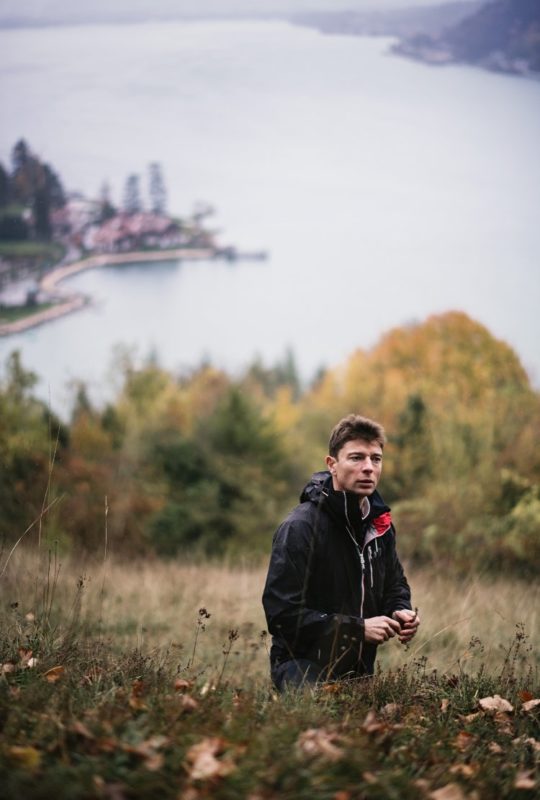 Nature as inspiration, cuisine as a voice 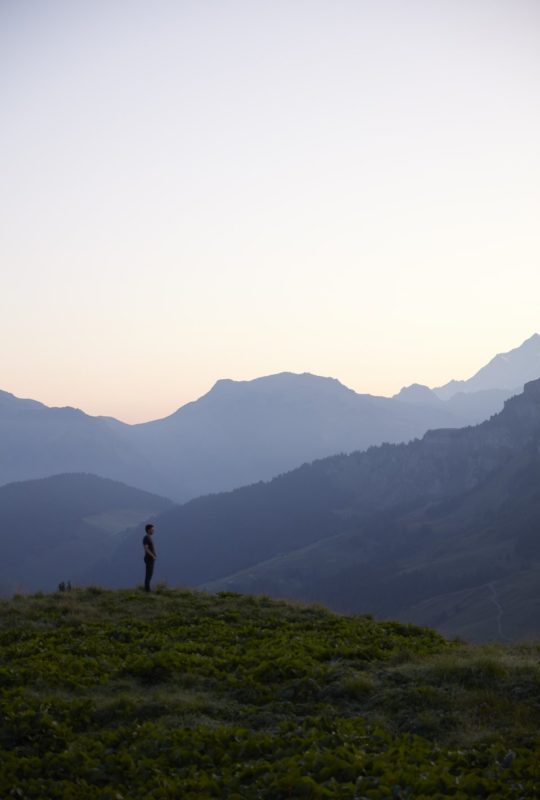 A man and seasons

Jean Sulpice and the Auberge du Père Bise form together a splendid harmony. The ancestral house bathed in the light and in the waters offers the cook a way in to everything that enlivens him: the lake. It reminds him of his childhood spent in Aix-Les-Bains. A child raised in the moutains that enjoyed moving them, it is with these that he rises, climbing them, trying to explore every corner. With the help of his producers, Jean Sulpice keeps a constant objective, that of revealing the beauty and the richness of the seasons in the plate.

Of Savoyard origin, Jean Sulpice comes from a family of restaurateurs. Grandson of hoteliers and restaurant owners, he plays and thrives from the age of ten in what he already considers to be his favorite playground. Insatiable of life, he cultivates in nature physical as well as spiritual encounters. His passion for green fields and mountainous open spaces will never cease to guide him through his personal journey, to bring more nature in his cuisine. 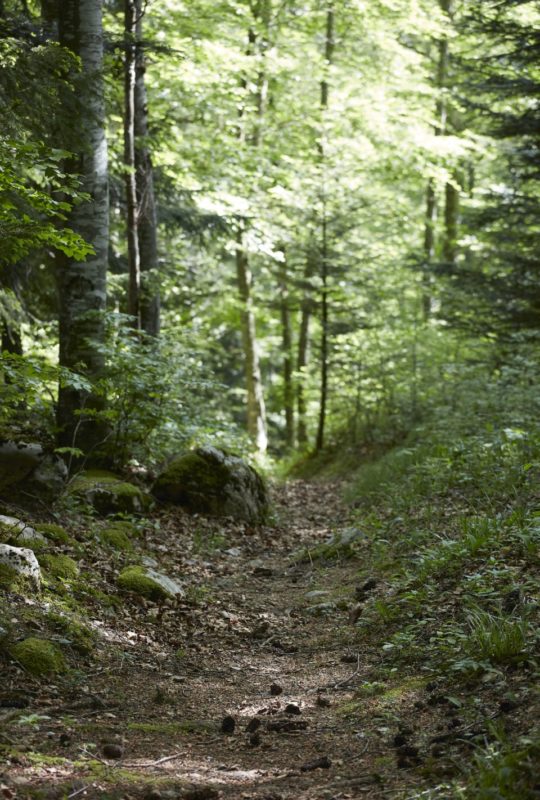 Accomplished athlete, lover of Alpine terroir, Jean Sulpice enjoys roaming the countryside. For fifteen years at an altitude of 2.300m, he and his wife challenge together the high mountains. In Val Thorens, on the highest ski resort of Europe, he offers an exceptional gastronomic moment awarded a first star in the Michelin guide in 2006 and then a second one in 2010.

In 2016, Jean and Magali acquire an iconic house, inextricably linked to Lake Annecy and its history: The Auberge du Père Bise. Willing to continue the history without ever erasing the legacy and the influence of their predecessors, a new chapter begins in Talloires. Jean Sulpice establishes his gastronomic restaurant. With Magali, they make the bet of reviving the Auberge to what it once was. Challenge accomplished in 2017, Jean Sulpice is awarded “Chef of the Year” by the Gault & Millau guide, the following year the gastronomic restaurant receives 2 stars by the Michelin guide. It is a winning comeback for the Auberge du Père Bise. 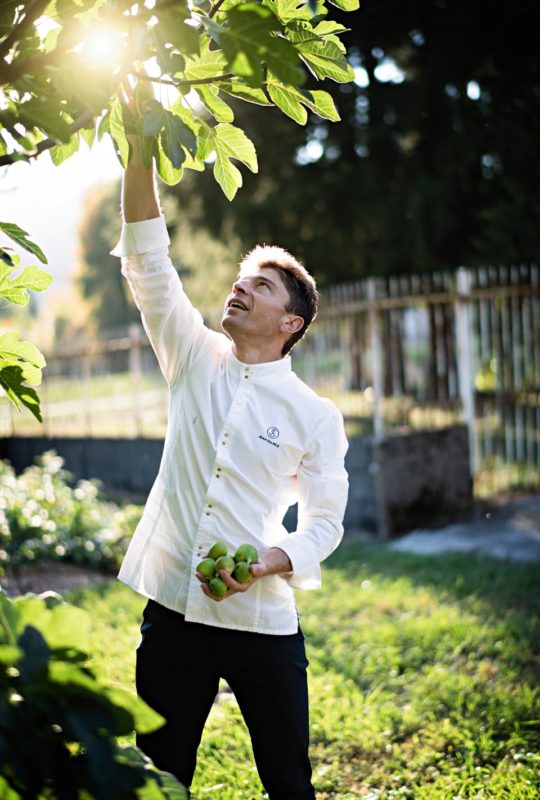 In 2019, Jean Sulpice is raised to the rank of Knight of the Ordre National du Mérite. A title that rewards a life-long commitment. In 2020, the famous Guide rouge assigns a green star to the table of Jean Sulpice, this rewards a sustainable and responsible gastronomy.

Attentive to the evolutions of the Alpine environment, Jean Sulpice strives to preserve his sensitive and fragile ecosystem in his quest for taste. Nature is perfectly harmonised to function without humans, and as he enjoys composing a flower bouquet to honour it, Jean Sulpice has a passion for nature as well as a profound respect and distinct sens of responsibility. 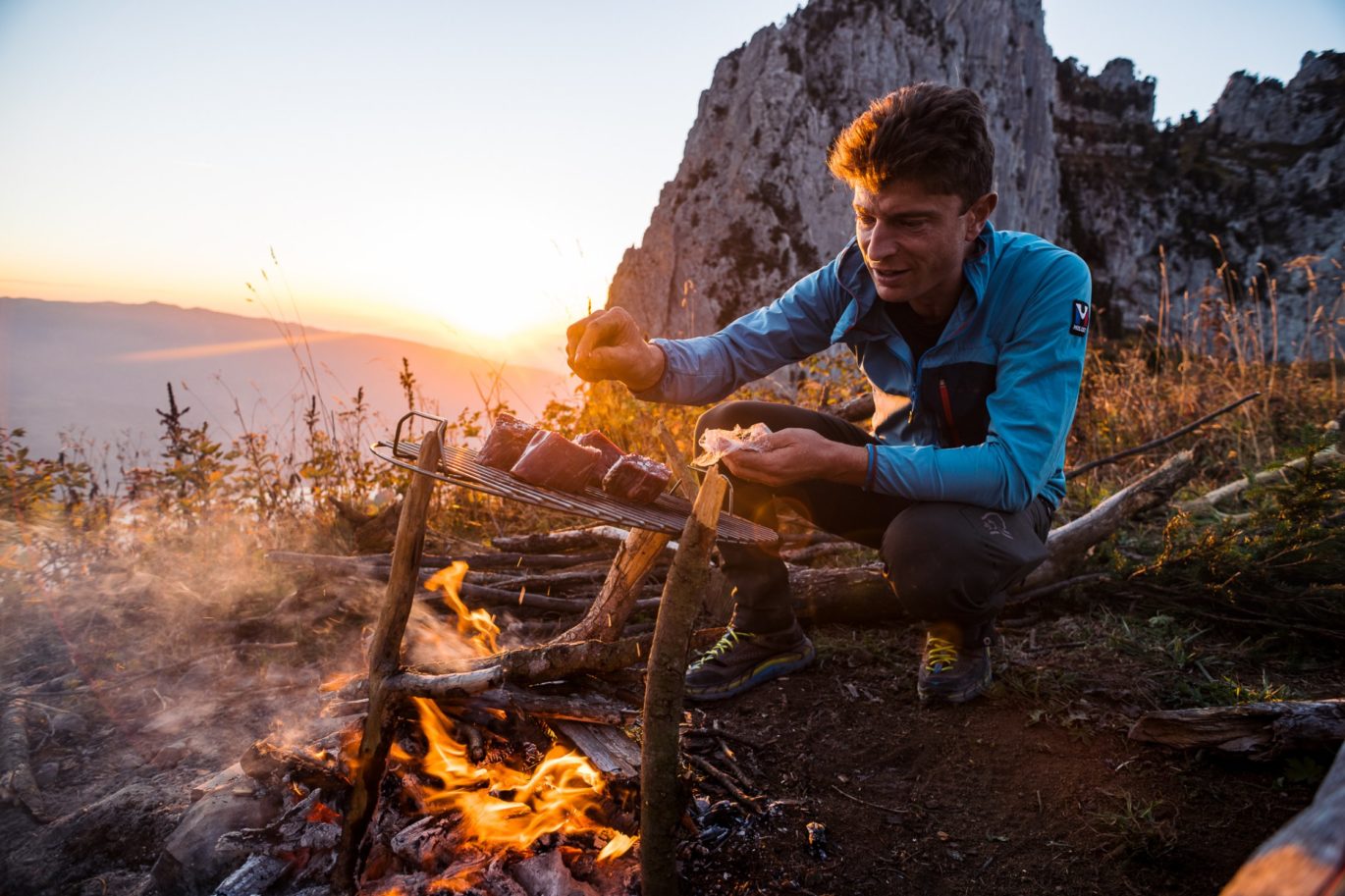